As a company ethos we ensure no member concentrates on one specific area of noise and acoustics.

We employ a mixture of both young and experienced acousticians including a team of ANC accredited technicians based in Bristol, Manchester and South Wales who can advise on a wide range of noise and acoustics.

Daniel has been a Director in the company since 2013 and is our key Educational, Building Acoustic and Sporting use specialist. Daniel has a keen interest in noise from sporting activity and is currently the key technical acoustic advisor to the Sport England publication Acoustic Design Guidance Note for Artificial Grass Pitches (AGP).

Daniel also regularly undertakes CPD’s, lectures to both students and his peers in all areas of acoustics. Daniel is a full Member of the Institute of Acoustics (MIOA).

Originally from Swansea, Blake completed a degree in Sound Engineering at University of Glamorgan, (now University of South Wales). After realising the dream of working in a recording studio was unlikely and using his firm base in physics and maths Blake decided to embark on a career in Acoustic Consultancy. Blake joined the team in 2007 after graduating with a First Class Honours in Sound Engineering. After over ten years of working within acoustics over a wide spectrum of schemes he has valuable experience in the field which enables him to address almost all acoustic queries quickly, efficiently and most importantly in the correct manner.

Blake currently heading up our Swansea office and successfully growing our client base in the area. Significant Welsh clients include local authorities, developers, architects, planning consultants and contractors. Blake is a full Member of the Institute of Acoustics (MIOA), an accredited Association of Noise Consultants (ANC) tester.

Since 2013 Blake has graduated to a Director within the company and is involved in the day to day running of the company. Blake works regularly with the Association of Noise Consultants (ANC). He has recently been a member of a number of working groups to explore new developments within the completion testing of the ANC. He is also a member of the ANC Certification Committee and an ANC Examiner.

Pedro is originally from Portugal. He joined the team in June 2018 and has over 11 years’ of acoustics experience. He is a full Member of the Institute of Acoustics (MIOA) and a recognised Chartered Engineer in the UK (CEng) from University of Porto. Pedro’s expertise extends into all branches of acoustics, including architectural acoustics, noise and vibration control and environmental noise surveys and assessments.

In addition, he is an advanced/ expert user of CadnaA noise modelling software and also has advanced experience in the use of EASE/Odeon/CATT 3D interior acoustic modelling software (predominantly applied in multipurpose halls, games halls, lecture theatres, open plan classrooms, and mosques and large atrium projects).

Jeff is based in Manchester and has over 5 years’ experience in noise and acoustics. He is an a Member of the Institute of Acoustics (MIOA) and is well equipped to undertake noise and acoustic advice and surveys for planning applications.

Jeff is also an accredited Association of Noise Consultants (ANC) tester and has considerable experience with advising and testing for Approved Document ‘E’. Jeff is supported by the staff in our Bristol office and as such either he or the Bristol office can address any noise and acoustic related query. 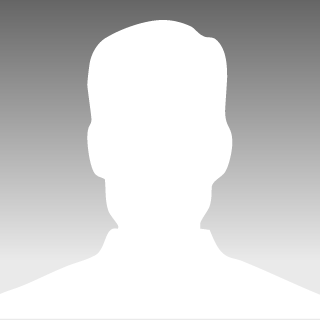 With over 40 years’ experience, Stephen works on all aspects of noise and acoustics and has worked on thousands of successful projects in the UK. He provides an all-encompassing technical guidance role for the team. Past work includes expert evidence for planning and legal cases.

His concept has always been to advise in a manner which Clients can understand, since this is crucial if projects are to be a success. Stephen is a full Member of the Institute of Acoustics (MIOA).

Samuel graduated from Bath Spa University in July 2017 with a degree in Creative Music Technology. Samuel spent 4 months on an internship at our Bristol office during the the summer of 2016 between his second and third year of studies. He spent his final year of his degree developing an augmented reality acoustic system using CATT Acoustic and a VR headset. Samuel started working for us full time in July 2017. He excels in technology, coding and most importantly, acoustics.

James graduated from UWE in July 2014 with a degree in Audio and Music Technology and joined us in October 2017. James is actively progressing his knowledge in acoustics by studying for an IOA diploma.

James is currently leading our Approved Document E testing services and is the main contact for booking and providing fee proposals to clients sound insulation tests.

James qualified with his MSc in Applied Acoustics in 2019. Since then, his expertise has extended into all branches of acoustics, including environmental noise surveys and assessments, schools and educational building acoustic requirements, architectural acoustics, and noise and vibration control. James also has an interest in hearing and health and is our go-to Noise at Work assessor.

Fergal joined the team in March 2019 after graduating from Southampton Solent University where he studied Audio Engineering.

He is an accredited Association of Noise Consultants (ANC) tester and is an Technical Member of the Institute of Acoustics (TechIOA).

Ricki joined the team in July 2019 after graduating from Southampton Solent University where he studied Audio Engineering.

He is an accredited Association of Noise Consultants (ANC) tester and is an Technical Member of the Institute of Acoustics (TechIOA).

Helen joined Acoustic Consultants Limited in July 2018. She brings with her a wealth of experience from over 20 years working for both large and small businesses locally.

Get in touch with Acoustic Consultants today!

If you’re interested in speaking to us then we would love to hear from you!